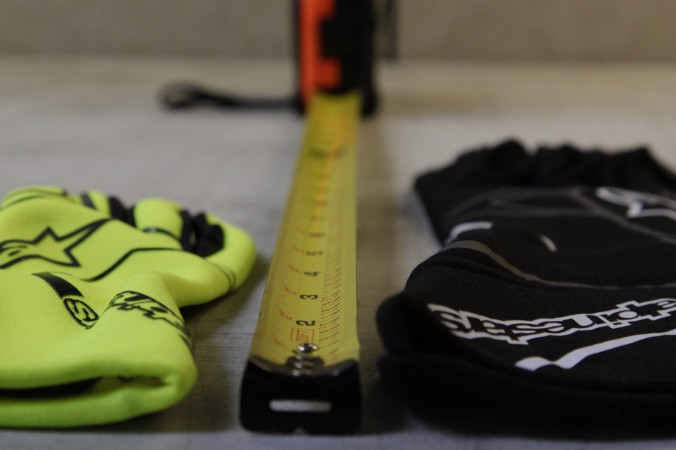 “If you’re in need of some Alpinestars racing gloves but your hands remind you of those 2003 Hulk Smash Hands that barked ‘You won’t like me when I’m angry!’ when you socked your little brother in the face, then you probably need to come see us at DiscoveryParts – the only place in the country that you can find Alpinestars 2017 Tech 1-ZX Nomex Race Gloves in XXXL.”

If you’ve got really large hands, it’s usually a good sign. A sign of strength and ability. But it also means shopping for racing gloves is a pain. So stop into DiscoveryParts and try our #X-Large Tech 1-ZX by Alpinestars because, honestly, we’re the only ones in the country that carry them!

Alpinestars is currently rocking the motorsports and fashion industry because they are known for quality products, durable riding gear, and that edgy full-throttle look. In addition to these awesome attributes, they’ve caught on as a trendy style the same way Monster Energy did in the early 2000’s. Recently, they’ve been working hard to make sure that their brand is the best of the best and growing world-wide.

That being said, If you’re in need of some Alpinestars racing gloves but your hands remind you of those 2003 Hulk Smash Hands that barked “You won’t like me when I’m angry!” when you socked your little brother in the face, then you probably need to come see us at DiscoveryParts – the only place in the U.S.A that you can find Alpinestars 2017 Tech 1-ZX Nomex Racing Gloves in 3X-Large.

The 3X-Large is the largest racing glove from Alpinestars and is making a statement about how far Alpinestars will go to make sure they have something to protect every motor enthusiast, despite how big or small that enthusiast is. 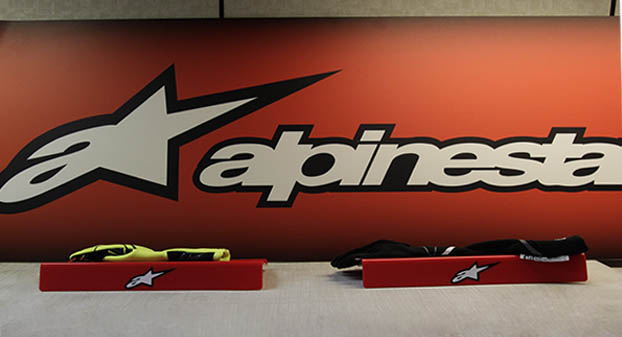 There’s a reason we favor Alpinestars. In fact, we love it so much that we now have an Alpinestars workstation in the back of our office that enables us to take some pretty cool photos to show off our products, including the 3X-Large 1-ZX racing gloves. On the left, you can see our smallest racing glove by Alpinestars contrasting with our largest on the right. Alpinestars gloves typically run from size small to XXL. The 3X-Large is the newest addition to our racing glove family!

Racing and karting glove packaging is generally well-done. There’s a breathable, mesh zipper front that airs out your gloves every time you put them away to keep the stink from sweat from settling in and to show off the cool graphics on the gloves. Despite the size of whatever gloves you purchase, Alpinestars consistently makes 15″ long zipper bags. This gives just enough room to fit all of their sizes, from smallest to largest, including the 14″ 3X-Large without having to fold them up.

But what’s so important about this glove? I mean, it must be a big seller for Alpinestars to choose to make this glove in a 3X-Large before any of the others. Let me dig into some research and break it down for you, because I’m curious about this glove, myself.

First off, the 1-ZX meets FIA 8856-2000 homologation and SFI 3.3 standards. So, it’s fire and heat resistant, with an additional lining of fire resistant material inside, as do most Alpinestars racing gloves. Despite the extra protection, it’s relatively thin and lightweight, for long-wear comfort on track or in the paddock.

It’s advertised as having improved mobility and flexibility due to the seam structure between fingers. The fingers are sewn to be slightly curved in to mimic a hand in its natural most relaxed position.

To give a glove like this extra grip, which it is known for, the rubbery feeling palm exterior is made from a thin, flexy sprayed-on layer of latex in different grip zones. These zones ( the white beveled areas shown inside the glove in the photograph above ) exist in certain places on the fingertips and palms instead of the entire surface area for more flexibility and shifter control. Coming from Alpinestars themselves, “Maximum grip for steering wheel and paddle shifters, but just enough slide for manual shifting speed and accuracy.”

There is also a degree of silicone on the exterior of the glove to give it a pillowed cushy feel without interfering with the sensitivity of touch. Even with all the extra features and material, you can still feel through these gloves as if you’re not really wearing them at all. Silicone and latex for the win. Again…

There is also a 180* elastic band sewn inside the wrist of the glove that enables the glove to slide on easily while remaining secure to your skin.

HOW BIG IS BIG?

The 3X-Large is exactly 14 inches long, measured from the middle finger (longest finger) to the base of the glove. I’m a fairly petit person whose hand fits in the 9 inch small glove shown on the left. I tried the 3X-Large on just for fun and comparison and it came up above my elbows. If I ever need to rescue a puppy from a burning building, I’ll put these suckers on to at least save my arms. 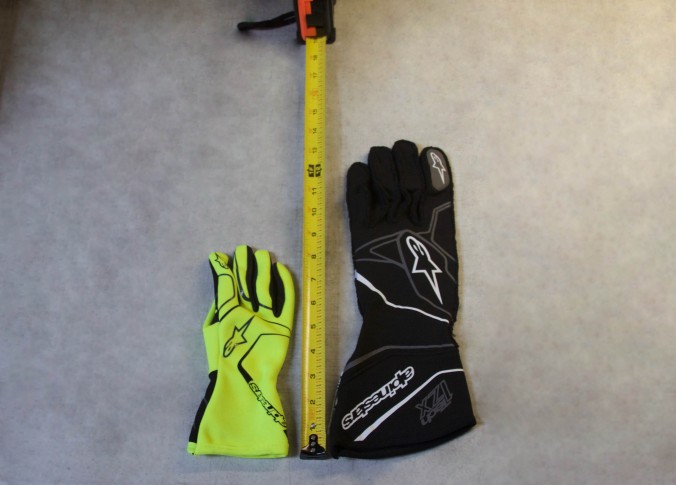 These gloves speak for themselves. And if you find that your hands are a little too snug in our regular 2XL, remember that DicoveryParts always has the means to your racing needs. Come give the Alpinestars Tech 1-ZX Nomex racing glove in 3X-Large a try!